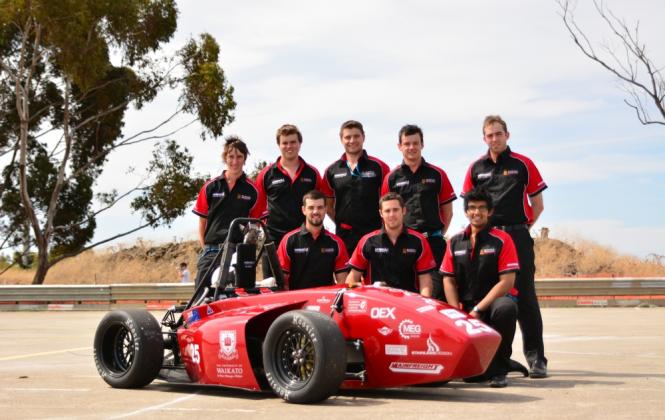 The Waikato Engineering Student Motorsport Organisation (WESMO) team have produced a great result coming 6th overall in the Formula SAE-A competition held in Melbourne, Australia during December. According to WESMO spokesperson Sam Brien, “The cars steel space frame and various other parts on the car were made possible by the generous sponsorship of Stainless Design and their overall support of the team”.

he team competed against 23 other teams from around Australia, New Zealand, Japan and England and the overall result of 6th put WESMO as the top international team. The competition included three static events and four dynamic events, with the car having to pass a scrutineering phase just to compete in the dynamic events. Scrutineering was passed, but only just, with the car’s noise level at 109.6 decibels, just under the allowable limit of 110 decibels.

The static events produced three amazing results with 4th in cost, 6th in design and 8th in business presentation. “The judges loved the simplicity of the design as well the overall quality of the car; the welds are perfect and the car looks sexy”.

The dynamic events were where all of the team’s hard work and devotion to building the car paid off. The car came 4th in acceleration with a time of 4.1688 seconds over a 75 meter distance, which was a fantastic result. Skid pad (a figure 8 style track that tests the cars cornering ability) produced a result of 7th. The team came 12th in Autocross, an event that ranges from one flying lap in the reverse direction to endurance tests. The endurance test was the last event of the competition and the event that they were most excited about. It was held all day Sunday and the teams were given two attempts at completing a 22km distance. “Our first attempt resulted in our CV boot destroying the housing thus loosing drive to the rear wheels. The car pushed back to the pits where it was fixed in the nick of time, with spare parts kindly given to us from other teams. Despite this problem, we managed to complete the endurance event with a credible 8th placing”.

“This is the best result for the WESMO team and would not have been achieved without Stainless Design’s tremendous support over the years. Their knowledge and expertise have helped the students within the team design a successful, reliable and fast race car.” 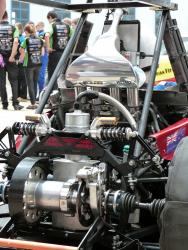 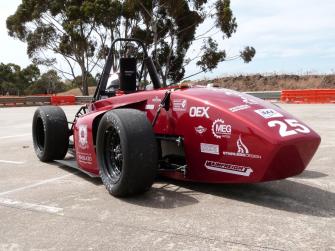